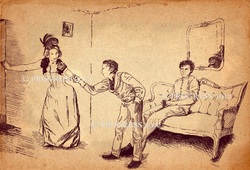 AUGUST - SEPTEMBER 2012:
Thanks to Jimmy Bui Photography, I got some sweet new headshots taken in August!

Another huge announcement is that I am co-producing the steampunk/gothic webseries PROGRESS!  Learn more about the project by clicking on the Progress Tab!

We will be filming the teaser for PROGRESS in October. If you are interested in learning more, drop me a line! 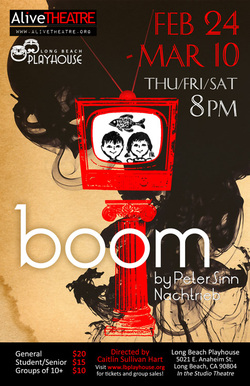 JANUARY - FEBRUARY 2012:
Through Cavootle, I participated in two web videos, got new headshots and did a science video with Paikea.  I'm also the Co-Stage Manager for Alive Theatre's presentation of BOOM!.

Click here for more information and to buy tickets for BOOM! 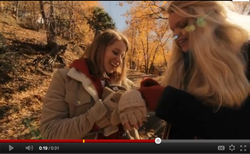 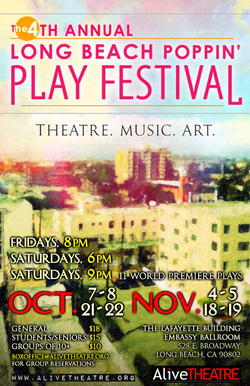 NOVEMBER 2011:
I am an official Actress/Mentor with Paikea Productions!  Paikea is an after school program for junior high and high schoolers who are aspiring filmmakers and actors!

I have finally found the perfect place where I can use my filmmaking and performing talents to help inspire and foster the artistic growth of kids.  It is such a blessing!  This past weekend (Thanksgiving weekend) we shot a commercial for the Chevrolet/Mofilm competition.

SEPTEMBER - NOVEMBER 2011:
Working with Alive Theatre in Long Beach I was part of an amazing play festival.  I was the stage manager for three shows on the friday night performances and an actress in Ryan McClary's "Good Riddance", which took place Saturday at 6pm.  I had the amazing opportunity to work with over 70 brilliant artists!